YourRegina provides you a place to voice issues dear to you on our site. If you have a blog idea for the local audience message us. Share your idea we may provide you the vehicle to reach your audience. We must respectfully reserve the right to not accept all ideas submitted.
Categories
Tags
Authors
Archives
Calendar
Font size: + –
Print

You likely know him as a singer-song writer, musician and producer, but Luke Doucet is also a remarkable runner. On Thursday night he's performing at The Broadway Theatre with his wife Melissa McClelland. Together, this Canadian duo makes up the Juno Award-winning band Whitehorse.

There are only a few seats left for the show, so if you want to get in on the action visit The Broadway Theatre website for tickets.

Luke was kind enough to jump in for an interview for this week's Q&A. So, let's get to know this speedster before he hits the stage tomorrow night!

Tara: I'm quite certain a lot our readers are familiar with you as a musician, but I'm not so sure they will know you as a runner. Would you mind telling us a bit of your running history?

Luke: I started running seven years ago, in reaction to an early mid-life crisis of sorts. I've spent most of my life on the road and the rock ‘n’ roll lifestyle has its habitual pitfalls. I realized I needed to put some energy into a better place. As addictions go, running is pretty great. I need solitude and I need to be outdoors. I run solo most of the time because of travel, but also with my life being scheduled to death, I don't love working around more scheduling. If I had a nine to five job, I might run with one of the Toronto gangs. Black Lungs have been very welcoming and they train hard. Maybe that's in the future.

Tara: What have been some of your racing highlights?

Luke: I ran Boston in 2014 (year of the bombs), after qualifying in Philadelphia. After eight marathons, Boston remains the only one not delivering a PB (I missed it by 11 seconds). My current PB was set at California International in Sacramento last December (2:44:49).

I ran the half marathon in Ottawa this past spring and ran a 1:19++. It was a hot day and I missed a PB by almost 90 seconds - with  Eric Gillis paced me, unexpectedly. That was a treat, which capped off a season of getting dragged around by much faster runners. Lanni Marchant and I train together in Toronto and my coach is Rob Watson. 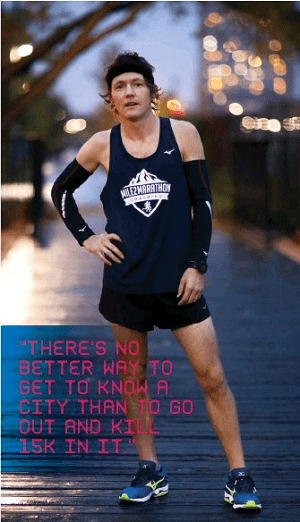 Luke's story was featured in Canadian Running Magazine in December 2016, where this photo was originally published.

Tara: How do you fit your training into your busy schedule - especially when touring?

Luke: Touring is actually the best time to train. We have a schedule that is laid out fairly specifically weeks in advance, and our tour manager ensures that we adhere to it somewhat strictly. This means I can plan for running. Most days, I have a window of a couple hours I can use. Also, being in a new city every day is motivating. Most cities have rivers, lakes, parks, oceanfronts, etc. that have trails to run on. And - most importantly - these places are not Toronto, where we live. I love Toronto and it is a great city to run in, especially when you're in the west end near the lake, which we are. But, as everyone knows, putting big miles on the same turf for weeks or months on end can be hard on the head. New territory is inspiring.

Tara: You've put a lot of miles in Saskatoon. What is your impression of this city as a running city?

Luke: Saskatoon is great. Canadian prairie towns are my favorite. This may have something to do with growing up in Winnipeg. Flat river towns are running gold. But, Winnipeg lacks the extensive trail system that Saskatoon has. The fact that it runs up both sides of the river, past the university on the east side, allows for a nice loop. Brian Michasiw and Jason Warick have been very supportive and have shown me the secrets to your town. Always good to have insiders show you around

Tara: Does running help in your creative process as a songwriter? Are there any Whitehorse songs you've thought up while on the run?

Luke: Many of our songs got their genesis on runs. Running is rhythmic and I run quiet, so the tempos of songs tend to be inspired by running. Emerald Isle was inspired by the training and running of my first marathon (Dartmoor Vale 2000) and addresses running in the narrative.

Tara: What are your running goals over the next 12 months? Any big races planned?

Luke: I'm uncertain of the next year. No marathons scheduled for this fall. I'll likely target things for the winter or spring of 2018 but I'm not sure what, exactly. I like racing in winter. I hear good things about Houston. I'm realizing that PBs will be harder to eek out than they've been to this point (the laws of diminishing returns). That puts me in new territory, where I'm not running for glory anymore - or not as often. I may need to reconcile with the Murakami stage of this adventure - maybe I'm running experientially as opposed to competitively. Or maybe I'll switch to ultras or trail runs to open new goals. I'm still figuring it out.

The 2017 Gingerbread Run is sold out! We look forward to you all chasing down that speedy Gingy on November 19.

Runners choose from 5k and 10k distances, with both routes tracing along the South Saskatchewan River. Registration includes a Gingerbread Run bunnyhug, along with some sweet gingerbread treats, and warm beverages post-run. All race profits will go to support the Saskatchewan Abilities Council/Easter Seals Saskatchewan programming including Camp Easter Seal, Summer Fun, and Adaptive Technology Services.

Registration is now open for Transition Sport and Fitness fall programs including family-friendly fall fitness, cross-training for runners and triathletes, virtual Pilates, swim skills sessions, and the fall triathlon training programs. Visit http://www.transitionsportandfitness.ca for more info or contact This email address is being protected from spambots. You need JavaScript enabled to view it..

Come experience the benefits of yoga for runners, with the Breath Move Be instructors at Namaskar Yoga Studio - 615 2nd Avenue North. $125 pre-registered and $17 for drop in (if available space). Classes being offered from September 5 to November 7. Register by contacting http://This email address is being protected from spambots. You need JavaScript enabled to view it., or text Leanne at 306-251-2964.


Product of the Week 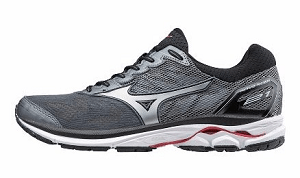 Luke's pick for feature product is the Mizuno Wave Rider. Using the MIZUNO WAVE plate this shoe offers a soft, yet responsive ride. It's ideal for daily training, and can even fit the bill on race day - just ask Luke! 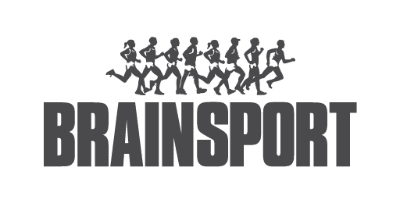 Brainsport provides a weekly update of running news from the local running world. They are a leading running supplier in Saskatoon and provide numerous training and educational classes.

No comments made yet. Be the first to submit a comment